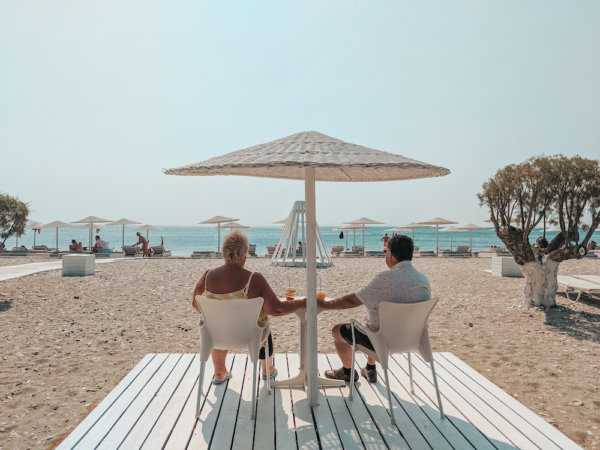 A Greek island in the eastern Aegean Sea, Samos is separated from Turkey by the mile-wide Mycale Strait. It was home to the philosophers Epicurus and Pythagoras, and today it is known for its sweet Muscat wine. Ancient Samos is also known for its underground Eupalinian aqueduct, built in the 6th century B.C.

There are plenty of beaches in Samos, Greece, but two of the best are Lemonakia and Tsamadou. Both have fine sand and crystal-clear waters. Lemonakia is easily accessible by car, public bus or public transportation. If you want to relax on the beach and enjoy the sunshine, try Lemonakia. If you’re not up for a swim, you can rent sunbeds at the Lemonakia Beach bar.

There are a few great beaches in Samos, but the west coast is a favorite among many locals. The golden-sand beach of Psili Ammos, which is also known as Chryssi Ammos, is on the island’s southwest coast. While Psili Ammos is organized, you can still use your car to reach this beach.

If you love the sea and the beach, you will be happy to find that Livadaki is among Samos’ most beautiful beaches. The shallow waters are safe for swimming, and the secluded cove is lined with palm trees. Livadaki also boasts a monastery hidden within a cave that overlooks the town of Pytagorion. Visitors can enjoy the views from the monastery, which is both Orthodox and Catholic.

If you have time, head up to the mountaintop village of Manolates. This quaint little village is home to a cliff-top monastery and the island’s highest peak, Kerkis. While it’s not the most beautiful beach, you can still find the most picturesque views of the island from the top of this hill. From the mountaintop, you can enjoy the scenery and visit several beaches.

The ancient city of Samos was built on the same spot as the port, and the modern monument to its genius is located on the harbor’s pier. If you’re looking for a nice evening walk, head to the nearby Pythagorio beach and admire the castle from the pebbles. The nearby Pythagorion museum has three thousand exhibits, and you’re best served by taking a tour with a guide.

If you’re on the hunt for the best beach in Samos, you’ve come to the right place. The beach of Posidonio is a small pebble cove located in the southeast of Samos. The bay is protected from strong winds, making it the perfect place for swimming and sunbathing. There are also sundecks and umbrellas available at the beach. Posidonio is accessible by car, bus, or ferry.